Book Description: This new biography, part of Longman's World Biography series, of the Chinese explorer Zheng He sheds new light on one of the most important "what if" questions of early modern history: why a technically advanced China did not follow the same path of development as the major European powers. Written by China scholar Edward L. Dreyer, Zheng He outlines what is known of the eunuch Zheng He's life and describes and analyzes the early 15th century voyages on the basis of the Chinese evidence. Locating the voyages firmly within the context of early Ming history,itaddresses the political motives of Zheng He's voyages and how they affected China's exclusive attitude to the outside world in subsequent centuries. 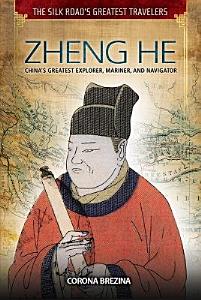 Book Description: Zheng He was the commander of a vast Chinese fleet known as the treasure fleet. In the early fifteenth century, he led the fleet on seven journeys throughout the South China Sea and Indian Ocean, serving as ambassador to the barbarian nations in need of a civilizing influence. Under Zheng He’s command, the Chinese treasure fleet achieved one of the most impressive maritime displays the world had ever seen. This engaging volume covers the fleet’s travels, which covered more than 40,000 miles and included sea routes along the Silk Road, to cities and kingdoms from southern Asia to east Africa. 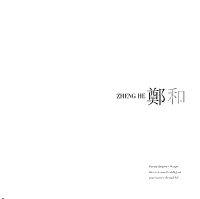 Book Description: Over 28 years during the beginning of the 15th century, Admiral Zheng He made seven voyages, visiting 30 countries. With his fleet of hundreds of junks, he travelled from Southeast Asia to Africa, from India to the Middle East, gathering riches, scientific knowledge, fame, and power for his emperor. He came close to conquering the world, until the Ming Dynasty's power shrivelled and the explorer's accomplishments were all but forgotten. In this volume, acclaimed photojournalist Michael Yamashita traces each journey made by Zheng He, and pays tribute to the remarkable achievements of this early intrepid explorer. Following an insightful historical introduction, Yamashita presents the details of each voyage, chronicling the interactions and commercial exchanges, and documenting, through his exceptional photographs, the diverse locales Zheng He discovered over close to three decades of intense exploration. 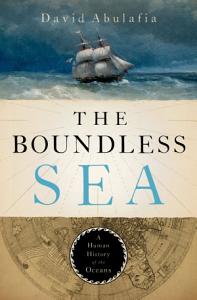 Book Description: "David Abulafia's new book guides readers along the world's greatest bodies of water to reveal their primary role in human history. The main protagonists are the three major oceans-the Atlantic, the Pacific, and the Indian-which together comprise the majority of the earth's water and cover over half of its surface. Over time, as passage through them gradually extended and expanded, linking first islands and then continents, maritime networks developed, evolving from local exploration to lines of regional communication and commerce and eventually to major arteries. These waterways carried goods, plants, livestock, and of course people-free and enslaved-across vast expanses, transforming and ultimately linking irrevocably the economies and cultures of Africa, Europe, Asia, and the Americas"-- 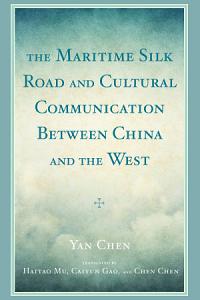 Book Description: This translation of collected articles by Yan Chen (1916–2016) examines the role of the Maritime Silk Road in the formation of world civilizations. Analyzing the Maritime Silk Road’s political, economic, cultural, and technological influence, Chen argues that this expansive trade network was vital to the spread of traditional Chinese culture. 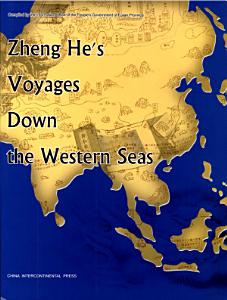 Book Description: Zheng He (1371-1433) was a great navigator in the history of China and the world and a pioneer in the great geographical discoveries. During the 28 years (1405-1433) from the third year of the reign of Emperor Yong Le to the eighth year of the reign of Emperor Xuan De of the Ming Dynasty, he successfully made seven voyages down the western seas (today's Indian Ocean). 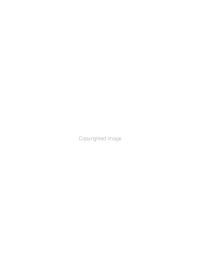 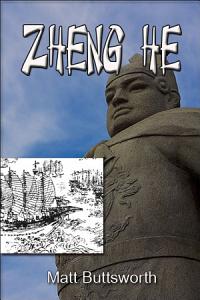 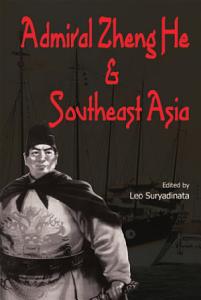 Book Description: Admiral Zheng He and Southeast Asia commemorates the 600th anniversary of Admiral Zheng Hes maiden voyage to Southeast Asia and beyond. The book is jointly issued by the Institute of Southeast Asian Studies, Singapore and the International Zheng He Society. To reflect Asian views on the subject matter, nine articles written by Asian scholars Chung Chee Kit, Hsu Yun-Tsiao, Leo Suryadinata, Tan Ta Sen, Tan Yeok Seong, Wang Gungwu, and Johannes Widodo have been reproduced in this volume. Originally published from 1964 to 2005, the articles are grouped into three clusters. The first cluster of three articles examines the relationship of the Ming court, especially during the Zheng He expeditions, with Southeast Asia in general and the Malacca empire in particular. The next cluster looks at the socio-cultural impact of the Zheng He expeditions on some Southeast Asian countries, with special reference to the role played by Zheng He in the Islamization of Indonesia (Java) and the urban architecture of the region. The last three articles deal with the route of the Zheng He expeditions and the location of the places that were visited.