Book Description: Deemed unsuitable for the Channel Front, lend-lease Tomahawks and Kittyhawks instead became the staple fighters of the Desert Air Force in 1941-42, flying with RAF, South African and Australian squadrons in North Africa and the Middle East. Although usually outclassed by the Bf 109, a number of pilots enjoyed some success during the desert campaign – men like Caldwell, Gibbes, Edwards and Drake, all of whom accrued double figure scores. In the Far East, Australian and New Zealand pilots also saw much action against the Japanese in 1942/43, flying over the jungles of New Guinea in defence of the Australian mainland. This book charts the careers of the men who 'made ace' in these often underestimated fighters. 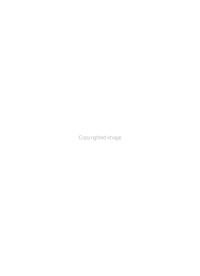 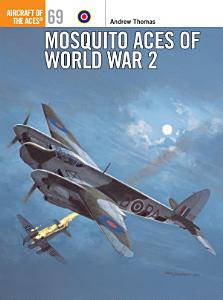 Book Description: The Mosquito developed into one of the most versatile aircraft of World War 2, entering service with Fighter Command in early 1942. The 'Mossie' was soon defending raids on Britain's Cathedral cities and became an integral part of the country's night defences. Its airborne radar gave it the ability to 'see' the enemy at night, and its speed and devastating fire power made it the finest nightfighter deployed by any side during World War 2. This book examines the infamous Mosquito, the nightfighter that was used by many leading RAF, Commonwealth and American aces. 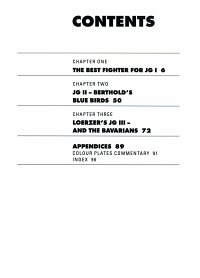 Book Description: Designed in a great rush at the end of 1917 just in time to take part in the German standard fighter competition held in January/February 1918, the D VII easily walked away with first prize. As Germanys premier fighter unit, von Richthofens JG I (led by Hermann Göring in the wake of the 'Red Baron's' recent death) received the first examples of the D VII to reach the frontline in late April. Built to oppose the new generation of French SPAD XIIIs and British SE 5as and Camel fighters, the D VII was arguably the best all-round fighting scout of the Great War. 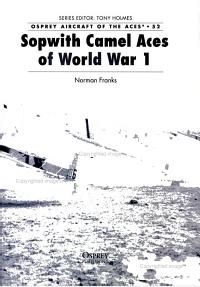 Book Description: Responsible for destroying 1294 enemy aircraft between June 1917 and November 1918, the Camel was the most successful fighting scout employed by either side in terms of the sheer number of victories that it scored. The Camel was renowned for its sensitivity and need for skill and experience, and casualties amongst pilots undergoing training on the type were very high. More than 5490 examples were constructed, and this book covers its combat use on the Western Front, in Palestine, on the Italian front, in the Home Defence role in the UK and in Russia. 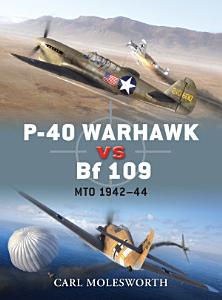 Book Description: Although the P-40 and the Bf 109 joined the air war over North Africa at nearly the same time in 1941, the German fighter had already racked up a considerable combat career, dating back to 1937 in Spain. In contrast, the P-40 was a bit of an unknown quantity and was making its combat debut in the hands of the RAF's Desert Air Force. Discover how the huge differences between the veteran Bf 109 and the new P-40 determined the tactics they adopted and the ultimate outcome of their epic confrontation in this new book. The author covers all aspects of the aerial battle, from the small, agile Bf 109's ability to operate more effectively at high altitudes through to the P-40's advantage in manoeuvrability, which outweighed its poor high altitude performance. 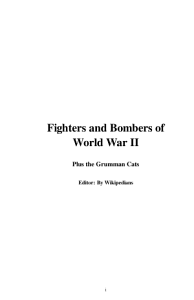 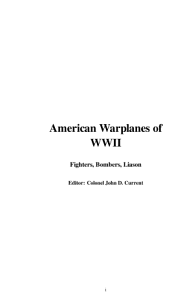 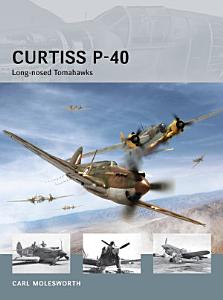 Book Description: The initial version of the Curtiss P-40, designated by the manufacturer as the Hawk H-81, combined the established airframe of the earlier radial-powered H-75 (P-36) fighter with the Allison V-1710 liquid-cooled engine. The year was 1939, and the marriage was one of expediency. With the threat of war in Europe growing by the day, the US Army Air Corps brass wanted a modern fighter that would combine the sterling handling qualities of the P-36 with a boost in performance that would make it competitive with the new types emerging in Germany and England, and the generals wanted the new plane immediately. The P-40 delivered admirably, and though it never reached the performance levels of the Bf 109 or Spitfire, the sturdy fighter nevertheless made a place in history for itself as the Army's frontline fighter when the US entered World War II. Long-nosed P-40s initially saw combat in North Africa, flying in Royal Air Force squadrons. They also fought in the skies over Pearl Harbor and the Philippines. But the long-nosed P-40 is best known as the shark-faced fighter flown by the American Volunteer Group – the legendary "Flying Tigers" – over Burma and China during 1941–42.