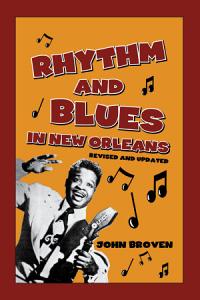 Book Description: A chronicle of the rise and development of a unique musical form. Inducted into the Blues Foundation's Blues Hall of Fame under its original title Walking to New Orleans, this fascinating history focuses on the music of major R&B artists and the crucial contributions of the New Orleans music industry. Newly revised for this edition, much of the material comes firsthand from those who helped create the genre, including Fats Domino, Ray Charles, and Wardell Quezergue. 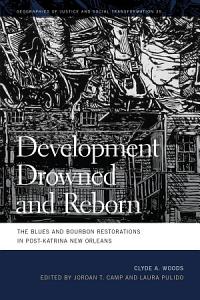 Book Description: Development Drowned and Reborn is a ?Blues geography? of New Orleans, one that compels readers to return to the history of the Black freedom struggle there to reckon with its unfinished business. Reading contemporary policies of abandonment against the grain, Clyde Woods explores how Hurricane Katrina brought long-standing structures of domination into view. In so doing, Woods delineates the roots of neoliberalism in the region and a history of resistance. Written in dialogue with social movements, this book offers tools for comprehending the racist dynamics of U.S. culture and economy. Following his landmark study, Development Arrested, Woods turns to organic intellectuals, Blues musicians, and poor and working people to instruct readers in this future-oriented history of struggle. Through this unique optic, Woods delineates a history, methodology, and epistemology to grasp alternative visions of development. Woods contributes to debates about the history and geography of neoliberalism. The book suggests that the prevailing focus on neoliberalism at national and global scales has led to a neglect of the regional scale. Specifically, it observes that theories of neoliberalism have tended to overlook New Orleans as an epicenter where racial, class, gender, and regional hierarchies have persisted for centuries. Through this Blues geography, Woods excavates the struggle for a new society. 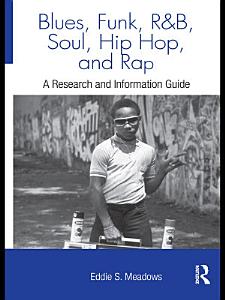 Book Description: Despite the influence of African American music and study as a worldwide phenomenon, no comprehensive and fully annotated reference tool currently exists that covers the wide range of genres. This much needed bibliography fills an important gap in this research area and will prove an indispensable resource for librarians and scholars studying African American music and culture. 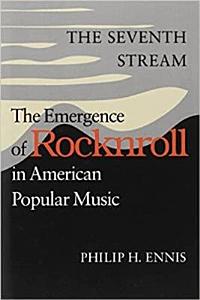 Book Description: A cultural and social study of the origins and evolution of "rocknroll". Philip Ennis presents a major social and cultural study of the origins and evolution of "rocknroll." With masterful command of general trends and telling details, he describes the artistic, economic, and political context that nurtured this radically new popular music. This "seventh stream," which drew from existing forms of pop music, began as a youth movement of rebellion and remains a worldwide banner of youth in search of alternatives. "Rocknroll" emerged, he shows persuasively, from the successive meeting and melding of the other six "streams"—pop, black pop, country pop, jazz, folk, and gospel. He chronicles how these were shaped by struggles over musical property rights, and by the new technologies of radio and phonograph record. The most decisive clash was between the New York based music publishers and the radio broadcasters. Their decades long contest resulted in many cultural changes. The basic unit shifted from sheet music to the phonograph record. The radio disc jockey in small, independent radio stations became the new focal point for all the popular musics. New venues, audiences, and talent appeared throughout the nation. The appearance of "rocknroll" marked a significant cultural moment, argues Ennis. This "seventh stream" was part of an explosive efflorescence in all the American arts after World War II. Its early stars—Little Richard, Chuck Berry, Jerry Lee Lewis, and Elvis Presley—built a pantheon of performers with deep roots in all the other streams. 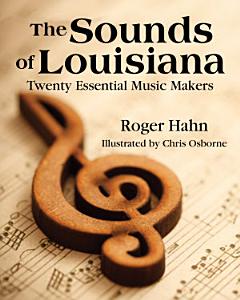 Book Description: Chronicling the creation of new categories of music like zydeco and jazz and the addition of distinct flavors to established genres like rhythm and blues, rock 'n' roll, funk, and hip-hop, journalist Roger Hahn provides an overview of Louisiana's impressive role in the musical heritage of the last two centuries. He documents twenty musicians and musical groups who have--and still are--shaping the face of music in America. Profiles of well-known and more obscure, but no less influential, musicians include Jelly Roll Morton, Clifton Chenier, Irma Thomas, Buddy Guy, Li'l Wayne, and Hunter Hayes. Each profile centers on the cultural inheritance, accomplishments, and influence of the artists and features a full-color portrait by artist Chris Osborne. A bibliography is provided for further reading. 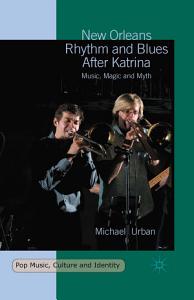 Book Description: Music, magic and myth are elements essential to the identities of New Orleans musicians. The city's singular contributions to popular music around the world have been unrivaled; performing this music authentically requires collective improvisation, taking performers on sonorous sojourns in unanticipated, 'magical' moments; and membership in the city's musical community entails participation in the myth of New Orleans, breathing new life into its storied traditions. On the basis of 56 open-ended interviews with those in the city's musical community, Michael Urban discovers that, indeed, community is what it is all about. In their own words, informants explain that commercial concerns are eclipsed by the pleasure of playing in 'one big band' that disassembles daily into smaller performing units whose rosters are fluid, such that, over time, 'everybody plays with everybody'. Although Hurricane Katrina nearly terminated the city, New Orleans and its music—in no small part due to the sacrifices and labors of its musicians—have come back even stronger. Dancing to their own drum, New Orleanians again prove themselves to be admirably out of step with the rest of America. 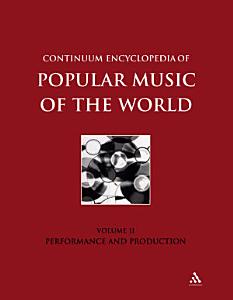 Book Description: Edited by distinguished scholars in the field of popular music studies, this encyclopedia set is THE authoritative reference guide to popular music from all corners of the globe, the ultimate reference work to do justice to this vibrant subject. 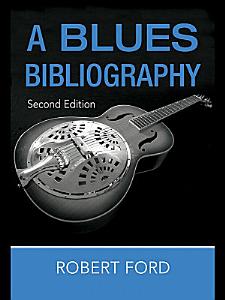 Book Description: A Blues Bibliography, Second Edition is a revised and enlarged version of the definitive blues bibliography first published in 1999. Material previously omitted from the first edition has now been included, and the bibliography has been expanded to include works published since then. In addition to biographical references, this work includes entries on the history and background of the blues, instruments, record labels, reference sources, regional variations and lyric transcriptions and musical analysis. The Blues Bibliography is an invaluable guide to the enthusiastic market among libraries specializing in music and African-American culture and among individual blues scholars. 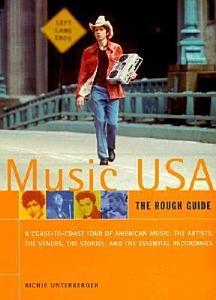 Book Description: Describes the musical heritage of the United States and the development of styles such as jazz, rock, pop, country, folk, and blues 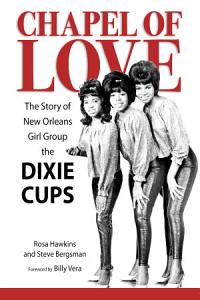 Book Description: In 1963, sisters Barbara Ann and Rosa Hawkins and their cousin Joan Marie Johnson traveled from the segregated South to New York City under the auspices of their manager, former pop singer Joe Jones. With their wonderful harmonies, they were an immediate success. To this day, the Dixie Cups’ greatest hit, “Chapel of Love,” is considered one of the best songs of the past sixty years. The Dixie Cups seemed to have the world on a string. Their songs were lively and popular, singing on such topics as love, romance, and Mardi Gras, including the classic “Iko Iko.” Behind the stage curtain, however, their real-life story was one of cruel exploitation by their manager, who continued to harass the women long after they finally broke away from his thievery and assault. Of the three young women, no one suffered more than the youngest, Rosa Hawkins, who was barely out of high school when the New Orleans teens were discovered and relocated to New York City. At the peak of their success, Rosa was a naïve songstress entrapped in a world of abuse and manipulation. Chapel of Love: The Story of New Orleans Girl Group the Dixie Cups explores the ups and downs of one of the most successful girl groups of the early 1960s. Telling their story for the first time, in their own words, Chapel of Love reintroduces the Louisiana Music Hall of Famers to a new audience.