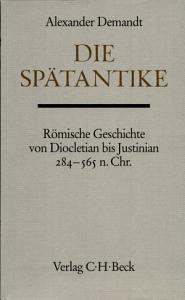 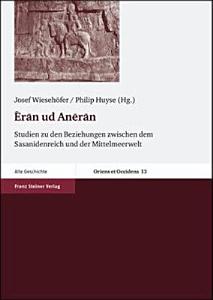 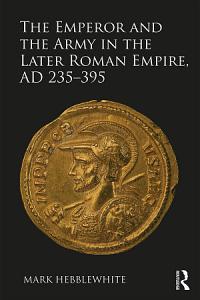 Book Description: With The Emperor and the Army in the Later Roman Empire, AD 235–395 Mark Hebblewhite offers the first study solely dedicated to examining the nature of the relationship between the emperor and his army in the politically and militarily volatile later Roman Empire. Bringing together a wide range of available literary, epigraphic and numismatic evidence he demonstrates that emperors of the period considered the army to be the key institution they had to mollify in order to retain power and consequently employed a range of strategies to keep the troops loyal to their cause. Key to these efforts were imperial attempts to project the emperor as a worthy general (imperator) and a generous provider of military pay and benefits. Also important were the honorific and symbolic gestures each emperor made to the army in order to convince them that they and the empire could only prosper under his rule. 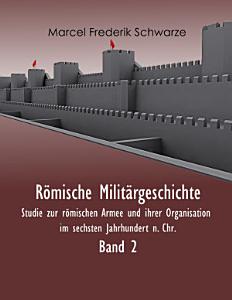 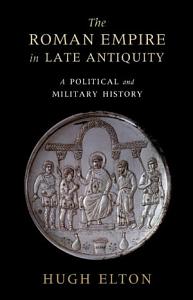 Book Description: In this volume, Hugh Elton offers a detailed and up to date history of the last centuries of the Roman Empire. Beginning with the crisis of the third century, he covers the rise of Christianity, the key Church Councils, the fall of the West to the Barbarians, the Justinianic reconquest, and concludes with the twin wars against Persians and Arabs in the seventh century AD. Elton isolates two major themes that emerge in this period. He notes that a new form of decision-making was created, whereby committees debated civil, military, and religious matters before the emperor, who was the final arbiter. Elton also highlights the evolution of the relationship between aristocrats and the Empire, and provides new insights into the mechanics of administering the Empire, as well as frontier and military policies. Supported by primary documents and anecdotes, The Roman Empire in Late Antiquity is designed for use in undergraduate courses on late antiquity and early medieval history. 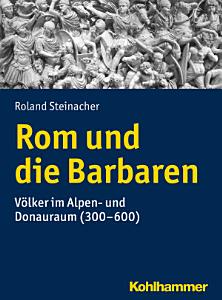 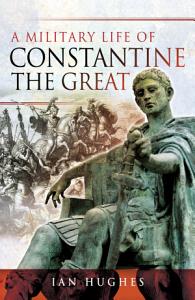 Book Description: Analysis of the strengths, organization, weapons and tactics of the Roman army Constantine inherited and his military reforms. Much of Constantine I’s claim to lasting fame rests upon his sponsorship of Christianity, and many works have been published assessing whether his apparent conversion was a real religious experience or a cynical political maneuver. However his path to sole rule of the Roman Empire depended more upon the ruthless application of military might than upon his espousal of Christianity. He fought numerous campaigns, many of them against Roman rivals for Imperial power, most famously defeating Maxentius at the Battle of the Milvian Bridge. In this new study, Ian Hughes assesses whether Constantine would have deserved the title ‘the Great’ for his military achievements alone, or whether the epithet depends upon the gratitude of Christian historians. All of Constantine’s campaigns are narrated and his strategic and tactical decisions analyzed. The organization, strengths and weaknesses of the Roman army he inherited are described and the effect of both his and his predecessors’ reforms discussed. The result is a fresh analysis of this pivotal figure in European history from a military perspective. 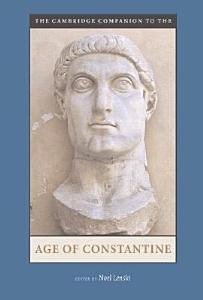 Book Description: Offers students a comprehensive one-volume survey of this pivotal emperor and his times. 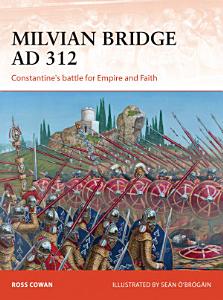 Book Description: In AD 312, the Roman world was divided between four emperors. The most ambitious was Constantine, who sought to eliminate his rivals and reunite the Empire. His first target was Maxentius, who held Rome, the symbolic heart of the Empire. Inspired by a dream sent by the Christian God, at the Milvian Bridge region just north of Rome, he routed Maxentius' army and pursued the fugitives into the river Tiber. The victory secured Constantine's hold on the western half of the Roman Empire and confirmed his Christian faith, but many details of this famous battle remain obscured. This new volume identifies the location of the battlefield and explains the tactics Constantine used to secure a victory that triggered the fundamental shift from paganism to Christianity. 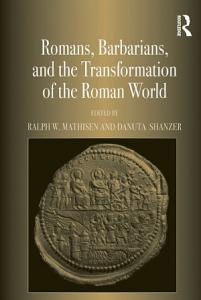 Book Description: One of the most significant transformations of the Roman world in Late Antiquity was the integration of barbarian peoples into the social, cultural, religious, and political milieu of the Mediterranean world. The nature of these transformations was considered at the sixth biennial Shifting Frontiers in Late Antiquity Conference, at the University of Illinois at Urbana-Champaign in March of 2005, and this volume presents an updated selection of the papers given on that occasion, complemented with a few others,. These 25 studies do much to break down old stereotypes about the cultural and social segregation of Roman and barbarian populations, and demonstrate that, contrary to the past orthodoxy, Romans and barbarians interacted in a multitude of ways, and it was not just barbarians who experienced "ethnogenesis" or cultural assimilation. The same Romans who disparaged barbarian behavior also adopted aspects of it in their everyday lives, providing graphic examples of the ambiguity and negotiation that characterized the integration of Romans and barbarians, a process that altered the concepts of identity of both populations. The resultant late antique polyethnic cultural world, with cultural frontiers between Romans and barbarians that became increasingly permeable in both directions, does much to help explain how the barbarian settlement of the west was accomplished with much less disruption than there might have been, and how barbarian populations were integrated seamlessly into the old Roman world.