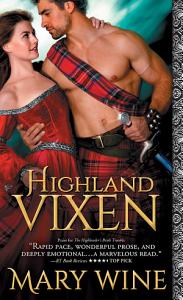 Book Description: Fierce Highland war chief seeks comely lass for fun, frolic, and marriage Marcus MacPherson is every inch the fearsome Highlander. He's used to men averting their eyes and women cowering before him. He thinks he'll eventually settle down with a nice, obedient bride. Instead, he gets Helen Grant... Stubborn as the day is long, fearless and dedicated to raising as much hell as possible, Helen is definitely going to challenge Marcus. And challenge him some more. And then some. It's anyone's guess who'll win this battle of the heart... Praise for Highland Spitfire: "Wine always gets the heart of the history, atmosphere, and traditions of the Highlands... Wondrous." -RT Book Reviews, 4 stars, Top Pick "I absolutely loved this book and the only complaint...is I stayed up way too late reading it." -Night Owl Reviews, 5 stars, Top Pick 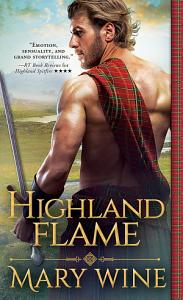 Book Description: NEWLY MINTED LAIRD SEEKS WIFE, PREFERABLY HANDY AND RESOURCEFUL Laird Diocail Gordon has just inherited his uncle's run down castle and rag-tag clan. He knows the sorry sight of the castle would send any woman running, but is determined to find a wife to help return his home to its former glory. Widowed lady Jane Stanley is determined to return to England, even if she has to tromp through the Scottish Highlands on foot to get there. Her travels lead her straight into the midst of a troop of dangerous Highland warriors. The mysterious, brawny laird forbids his men to harm her, and the spark between them is immediate. The only way Diocail can keep her safe is to take her home with him, but will the miserable state of his clan douse her newly ignited Highland flame? Highland Weddings Series: Highland Spitfire (Book 1) Highland Vixen (Book 2) Highland Hellion (Book 3) Highland Flame (Book 4) Praise for Highland Spitfire: "The Highlands come alive... An extremely realistic historical that will keep you glued to each page." —Night Owl Reviews Top Pick, 5 stars "Wine delights readers with... the heart of the history, atmosphere and traditions of the Highlands." —RT Book Reviews, 4 stars 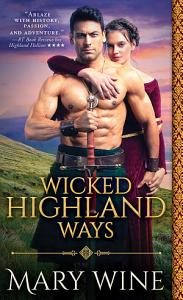 Book Description: A fiery woman who won't be tamed A powerful Highland chief by her side A passion neither can deny Brenda Grant's abusive first marriage taught her that she's better off on her own. But when her family threatens her freedom and demands that she remarry—to a man they've chosen—she makes a deal with a brawny Highland chief to escape. Bothan Gunn is smitten by the woman who won't be tamed. He's helped her before—but can he do so now, when Brenda's complicated past threatens their lives? With danger closing in, their only chance at love and survival is to escape to the heart of the Highlands... Highland Weddings Series: Highland Spitfire (Book 1) Highland Vixen (Book 2) Highland Hellion (Book 3) Highland Flame (Book 4) Between a Highlander and a Hard Place (Book 5) Wicked Highland Ways (Book 6) Praise for Highland Hellion: "A quick pace, exciting escapades, lively dialogue, and simmering sensuality...sweep readers away into a tale they can relish."—RT Book Reviews "Wine's skillful pacing and thoughtful characterizations shine."—Publishers Weekly "This period in Scotland's history comes alive and becomes real."—Night Owl Reviews, 5 stars, TOP PICK 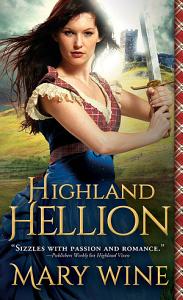 Book Description: "Deeply romantic, scintillating, and absolutely delicious."—SYLVIA DAY, New York Times bestselling author for Highland Hellcat KATHERINE CAREW: Illegitimate daughter of an English earl Abducted to Scotland at age 14 No family, no reputation... No rules ROLFE MCTAVISH: Heir to an honorable Highland laird Can't believe how well tomboy Kate can fight About to learn how much of a woman she really is Scotland is seething with plots, the vengeful Gordons are spoiling for a fight, and the neighboring clans are at each other's throats. All it takes is a passionate hellion with a penchant for reckless adventure to ignite the Highlands once more. Highland Weddings: Highland Spitfire (Book 1) Highland Vixen (Book 2) Highland Hellion (Book 3) Highland Flame (Book 4) Praise for Mary Wine: "A quick pace, exciting escapades, lively dialogue, and simmering sensuality combine with the aura of the era to sweep readers away into a tale they can relish." —RT Book Reviews for Highland Hellion "Grand storytelling. Wine always gets the heart of the Highlands." —RT Book Reviews for Highland Spitfire "One to read again and again... Breathtaking." —Long and Short Reviews for Highland Heat 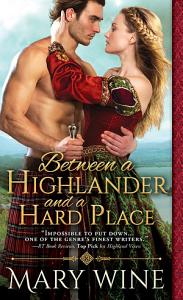 Book Description: A fierce Englishwoman on the run A Highland Laird who needs a proper wife And a desire neither can resist Athena Trappes thinks she's in love...until she discovers the scoundrel only wanted her as his bit on the side. Enraged, she does what any spirited Englishwoman would do: set fire to his belongings, incur his dangerous wrath, and flee—immediately. With nowhere else to turn, she seeks freedom in the wilds of Scotland. Highland Laird Symon Grant lost his wife years ago, and it's his duty to find another. Athena is not exactly what the clan has in mind for him, but Symon's heart burns with unexpected passion for the woman who would risk everything to be free. Highland Weddings Series: Highland Spitfire (Book 1) Highland Vixen (Book 2) Highland Hellion (Book 3) Highland Flame (Book 4) Between a Highlander and a Hard Place (Book 5) What Readers Are Saying About Mary Wine: "Impossible to put down...one of the genre's finest writers."—RT Book Reviews, Top Pick for Highland Vixen "Spellbinding...this is one book you have to pick up."—Night Owl Reviews Top Pick, 5 Stars for Highland Flame "Sizzles with passion and romance...a notch above other Highlands historicals."—Publishers Weekly for Highland Vixen 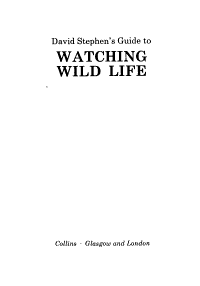 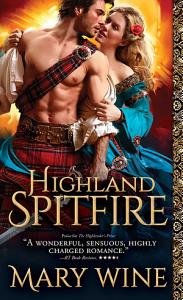 Book Description: New from Mary Wine, the queen of sizzling, page-turning Scottish Historical romance Passion flares between enemies Two hotheaded Highlanders, the offspring of feuding lairds, are tricked by the King's Regent into a desperate choice: marry or die. Bhaic MacPherson is more disposed to lead his clan into battle than stay married to the daughter of his enemy. But perhaps the intensity of his feelings has more to do with desire than hostility. And the Highlands ignite Ailis Robertson wanted a husband, not a savage-but when her family was faced with a deadly ultimatum, she had no choice. The union of a MacPherson and a Robertson could end three generations of hostilities between the two families, but can bitter rivals truly become lovers? Praise for The Highlander's Bride Trouble: "Marvelous...Wine's novel reaches the very core of Scottish romance...rapid pace, wonderful prose, and deeply emotional scenes." -RT Book Reviews, 4 1⁄2 stars, Top Pick "An absolute delight! Scottish Medieval fans are sure to be in awe." -My Book Addiction and More "Totally lovely... A must-read for anyone who enjoys Highlander romance." -The Romance Reviews 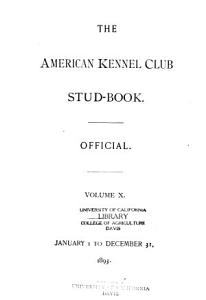 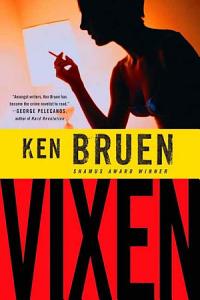 Book Description: For the Southeast London police squad, it's rough, tough, dirty business as usual. The Vixen, the most sensuous, crazed female serial killer ever, is masterminding a series of lethal explosions. She is unpredictable, wild, angry--and the cops don't even know she exists. Meanwhile, Inspector Roberts is helpless to stop the explosions and his subordinates aren't doing much better. Brant is consumed with an even-bigger-than-usual mean streak, and fast-rising Porter Nash finds himself facing serious health problems--everything to do with needles. PC MacDonald is determined to soldier on, whatever the cost, and the career of a new addition to the squad, WPC Andrews, starts spectacularly but with Falls as her mentor she's not expected to last long. At the top, Superintendent Brown is close to a coronary, and arresting the wrong man in a blaze of publicity is only the beginning of his problems. If the squad survives this incendiary installment in Ken Bruen's blazingly intense series, they'll do so with barely a cop left standing.