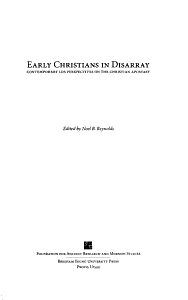 Book Description: This book takes a fresh look at the apostasy of the early Christian church. Most Latter-day Saint scholars and leaders previously based their understanding of the Christian apostasy on the findings of Protestant scholars who provided a seemingly endless array of evidences of apostasy in Christian history. Since the classic treatments of this topic were written, many newly discovered manuscripts written during the first Christian centuries have come to light, giving a clearer picture of what the early Christian experience was like. Drawing on this material, LDS scholars today are able to shift the focus of study to the causes of the apostasy rather than the effects. This volume of essays reports new research by several LDS scholars in different fields. They identify common myths and misconceptions about the apostasy and promote better understanding of when and why the apostasy occurred. 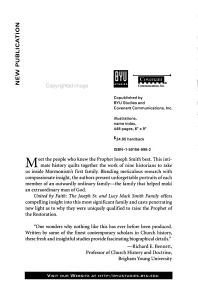 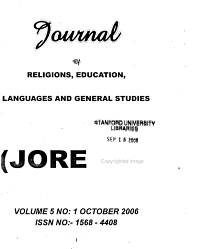 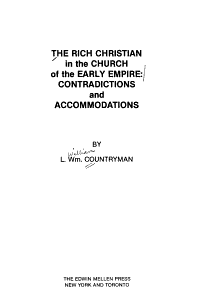 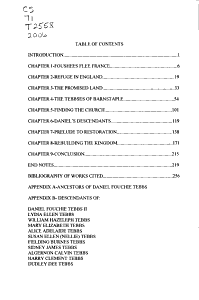 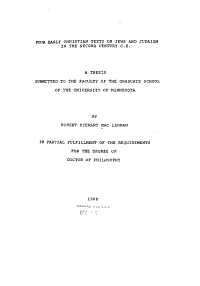 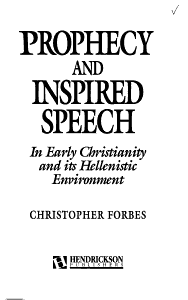 Book Description: Much of current scholarship contends that Paul's dispute with the Corinthian congregation over tongues-speech is best explained against the backdrop of the Corinthians' religious experiences prior to becoming Christians. Paul's conflict with them thus arose over his understanding of the nature and purpose of ecstatic speech versus their understanding, which had been shaped primarily by Hellenistic enthusiastic religion. Christopher Forbes argues that this scholarly position is incorrect. Through a careful examination of the Hellenistic evidence, Forbes shows that there are "no compelling parallels" between Christian glossolalia or prophecy and Hellenistic ecstatic religion. In light of his findings, Forbes then argues that any exegetical conclusions about 1 Corinthians 12" 14 that take the former path of understanding need to be reexamined. 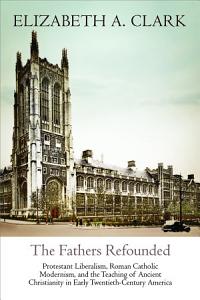 Book Description: In the early twentieth century, a new generation of liberal professors sought to prove Christianity's compatibility with contemporary currents in the study of philosophy, science, history, and democracy. These modernizing professors—Arthur Cushman McGiffert at Union Theological Seminary, George LaPiana at Harvard Divinity School, and Shirley Jackson Case at the University of Chicago Divinity School—hoped to equip their students with a revisionary version of early Christianity that was embedded in its social, historical, and intellectual settings. In The Fathers Refounded, Elizabeth A. Clark provides the first critical analysis of these figures' lives, scholarship, and lasting contributions to the study of Christianity. The Fathers Refounded continues the exploration of Christian intellectual revision begun by Clark in Founding the Fathers: Early Church History and Protestant Professors in Nineteenth-Century America. Drawing on rigorous archival research, Clark takes the reader through the professors' published writings, their institutions, and even their classrooms—where McGiffert tailored nineteenth-century German Protestant theology to his modernist philosophies; where LaPiana, the first Catholic professor at Harvard Divinity School, devised his modernism against the tight constraints of contemporary Catholic theology; and where Case promoted reading Christianity through social-scientific aims and methods. Each, in his own way, extricated his subfield from denominationally and theologically oriented approaches and aligned it with secular historical methodologies. In so doing, this generation of scholars fundamentally altered the directions of Catholic Modernism and Protestant Liberalism and offered the promise of reconciling Christianity and modern intellectual and social culture. 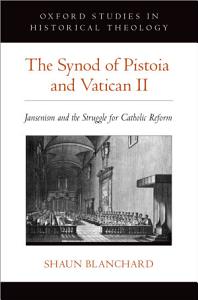 Book Description: "This book sheds further light on the nature of church reform and the roots of the Second Vatican Council (1962-65) through a study of eighteenth-century Catholic reformers who anticipated the Council. The most striking of these examples is the Synod of Pistoia (1786), the high-water mark of late Jansenism. Most of the reforms of the Synod were harshly condemned by Pope Pius VI in the Bull Auctorem fidei (1794), and late Jansenism was totally discredited in the ultramontane nineteenth-century Church. Nevertheless, much of the Pistoian agenda - such as an exaltation of the role of bishops, an emphasis on infallibility as a gift to the entire Church, religious liberty, a simpler and more comprehensible liturgy that incorporates the vernacular, and the encouragement of lay Bible reading and Christocentric devotions - was officially promulgated at Vatican II. The career of Bishop Scipione de'Ricci (1741-1810) and the famous Synod he convened are investigated in detail. The international reception (and rejection) of the Synod sheds light on why these reforms failed, and the criteria of Yves Congar are used to judge the Pistoian Synod as "true or false reform." This book proves that the Synod was a "ghost" present at Vatican II. The council fathers struggled with, and ultimately enacted, many of the same ideas. This study complexifies the story of the roots of the Council and Pope Benedict XVI's "hermeneutic of reform," which seeks to interpret Vatican II as in "continuity and discontinuity on different levels" with past teaching and practice. Vatican II, Second Vatican Council, ressourcement, Jansenism, Synod of Pistoia, Scipione de'Ricci, Yves Congar, Benedict XVI, development of doctrine, Catholic Enlightenment"--