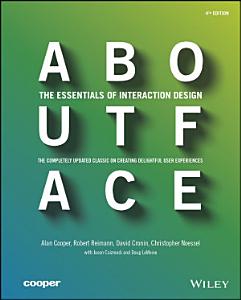 Book Description: The essential interaction design guide, fully revised and updated for the mobile age About Face: The Essentials of Interaction Design, Fourth Edition is the latest update to the book that shaped and evolved the landscape of interaction design. This comprehensive guide takes the worldwide shift to smartphones and tablets into account. New information includes discussions on mobile apps, touch interfaces, screen size considerations, and more. The new full-color interior and unique layout better illustrate modern design concepts. The interaction design profession is blooming with the success of design-intensive companies, priming customers to expect "design" as a critical ingredient of marketplace success. Consumers have little tolerance for websites, apps, and devices that don't live up to their expectations, and the responding shift in business philosophy has become widespread. About Face is the book that brought interaction design out of the research labs and into the everyday lexicon, and the updated Fourth Edition continues to lead the way with ideas and methods relevant to today's design practitioners and developers. Updated information includes: Contemporary interface, interaction, and product design methods Design for mobile platforms and consumer electronics State-of-the-art interface recommendations and up-to-date examples Updated Goal-Directed Design methodology Designers and developers looking to remain relevant through the current shift in consumer technology habits will find About Face to be a comprehensive, essential resource. 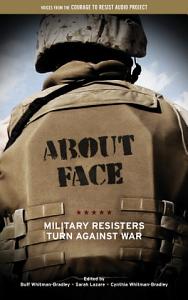 Book Description: A collection of poignant testimonials by veterans of recent conflicts who have embraced an evolving tradition of refusing to fight wars they consider unjust is complemented by interviews with Noam Chomsky and Daniel Ellsberg. Original. 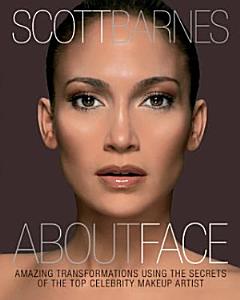 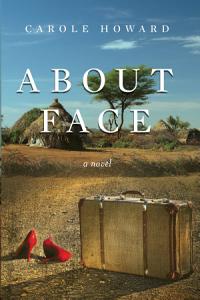 Book Description: From the outside, Ruth seems to have it all: a high-powered career, happy marriage and family. But her inner Peace-Corps-Volunteer is hollering to be let out. When Ruth bumps into Vivian, her long-lost friend and former hut-mate, she realizes how different she is from the person she used to be and wonders if she’s lost part of herself—the best part—in her quest for “the perfect life.” Her internal tug of war gathers steam and knocks her seemingly perfect urban life out of kilter. As they struggle with their differences and try to resurrect their friendship, the two women realize—with humor and a growing respect—that they each have strengths to contribute to a venture neither would have discovered on her own, one that melds past and present to shape an exciting and surprising future. This contemporary literary novel toggles between flashback scenes in West Africa and present day Manhattan as it chronicles the power of the women’s friendship. The characters are simultaneously memorable and down-to-earth, and readers begin to feel they’ve known them for a long time. They’re treated with affection, nuanced understanding, and a healthy dose of wit. This fast-paced, funny, and honest coming-of-middle age novel playfully walks the line between humor and wisdom as it deals with serious issues of mid-life and aging. 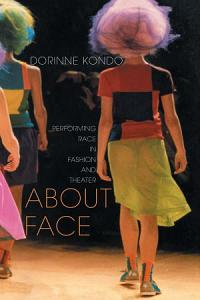 Book Description: From the runways of Paris to the casting controversies over BMiss Saigon, from a local demonstration at the Claremont Colleges in California to the gender-blending of BM. Butterfly, BAbout Face examines representations of Asia and their reverberations in both Asia and Asian American lives. Japanese high fashion and Asian American theater become points of entry into the politics of pleasure, the performance of racial identities, and the possibility of political intervention in commodity capitalism. Based on Kondo's fieldwork, this interdisciplinary work brings together essays, interviews with designer Rei Kawakubo of Comme des Garcons and playwright David Henry Hwang, and "personal" vignettes in its exploration of counter-Orientalisms. 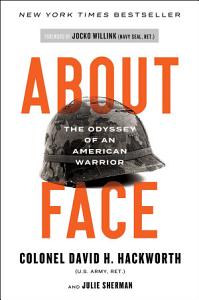 Book Description: Called “everything a war memoir could possibly be” by The New York Times, this all-time classic of the military memoir genre now includes a new forward from bestselling author and retired Navy SEAL Jocko Willink. Whether he was fifteen years old or forty, David Hackworth devoted his life to the US Army and quickly became a living legend. However, he appeared on TV in 1971 to decry the doomed war effort in Vietnam. From Korea to Berlin and the Cuban missile crisis to Vietnam, Hackworth’s story is that of an exemplary patriot, played against the backdrop of the changing fortunes of America and the US military. This memoir is the stunning indictment of the Pentagon’s fundamental misunderstanding of the Vietnam conflict and of the bureaucracy of self-interest that fueled the war. With About Face, Hackworth has written what many Vietnam veterans have called the most important book of their generation and presents a vivid and powerful portrait of patriotism. 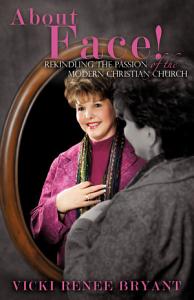 Book Description: The Politically Correct Christian church of the 21st century is impotent as an agent of change in our highly secular society. Lack of Basic Foundational Teaching leaves us ill-equipped to share our faith. Spiritual Warfare is destroying our marriages, our families and our personal faith walks. New Age Influences are being added daily to the teachings in our houses of worship. The body of Christ has become virtually indistinguishable from Secular Society. God's glory is missing from His churches. It is time for Change... change which brings us back to His Word, back to living a holy life as He commanded, and back to a place where we can be a positive influence in today's immoral world. Do you want basic foundational truths? Are you willing to commit to chasing hard after Jesus? If you are, then an "about face" is required. Vicki Renee Bryant is a passionate Bible teacher, Christian speaker and writer for Jesus Christ. She has a consuming love for the Word of God and a passion for those who wear the name of Christ to have that same hunger. She believes if Christians studied and applied Biblical truths they would influence the world for the cause of Christ. About Face! contains a wealth of foundational Christian truths, plus a strategy plan for implementation. For Such a Time as This... was Vicki's first published work. She and her husband Dan own His House, a Bible and gift store, in Owosso, Michigan. 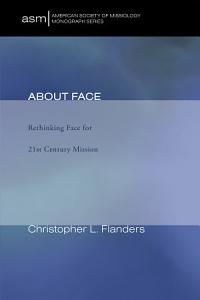 Book Description: "For Thais, face is a fact," writes Flanders. However, "whether in theology, evangelism, or issues involving sin, salvation, or atonement, Thai Christians and missionaries alike seem either uninterested in or possibly incapable of addressing issues related to face. This glaring incongruity between the value of face for Thais and the lack of intentional engagement within the Thai Christian community is deeply troubling."Surely, such a lack of careful attention to face is a dangerous posture. Uncritical views of face, furtively attaching to the theology of the Thai church, are potentially detrimental for its life and mission. Such seems to be an unavoidable situation without proper attention to face. Additionally, to ignore face is to run the risk of missing valuable cultural resources, implicit in the Thai experience of face, for the critical task of authentic Thai theological reflection."This lack of engagement with face raises critical issues with which we must wrestle. How is it that such a central sociocultural issue has not been a more significant part of the Thai Christian vocabulary or experience? How pervasive are these negative attitudes regarding face? What lies behind them? Might this lack of self-conscious engagement with face have any relationship to the persistent Thai perception of Christianity as a foreign, Western religion? How should Christians understand this notion of face and how it relates to the ways we understand and proclaim the gospel?" 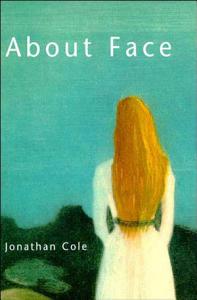 Book Description: Honorable Mention in the category of Psychology in the Professional/Scholarly Publishing Annual Awards Competition presented by the Association of American Publishers, Inc. What is special about the face, and what happens when neurological conditions make expression or comprehension of the face unavailable? Through a mix of science, autobiography, case studies, and speculation, Jonathan Cole shows the importance not only of facial expressions for communication among individuals but also of facial embodiment for our sense of self. He presents, in his words, "a natural history of the face and an unnatural history of those who live without it." The heart of the book lies in the experiences of people with facial losses of various kinds. The case studies are of blind, autistic, and neurologically impaired persons; the most extreme case involves Mobius syndrome, in which individuals are born with a total inability to move their facial muscles and hence to make facial expressions. Cole suggests that it is only by studying such personal narratives of loss that we can understand facial function and something of what all our faces reflect. 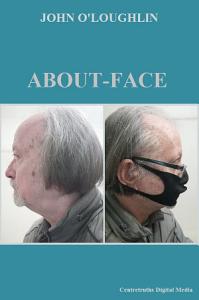 Book Description: ﻿ Much of the material included in each superbook (of supernotational aphorisms/maxims) in this volume is, of course, complementary, since their author's structural and thematic integrity has remained fairly consistent throughout. But if that were only the case he could have settled for one such superbook instead of two, the latter of which gradually emerged in its own right with a thematic and stylistic integrity of its own that, in many instances, not only went beyond but corrected and even contradicted some of the material already broached, thereby justifying its inclusion as a separate superbook that, nonetheless, was not unrelated, in most respects, to its predecessor. Some incidental material in the four supernotebooks of the first superbook and two of the second was not used or could not, for various reasons, be used, but what has been extracted from them has undergone sufficient rewriting and revision, not to say expansion, as to justify the concept of 'superbook', the intent of which is to draw a firm line under the biconical criteria which characterize not only this volume but other recent titles by John O'Loughlin, and all in the interests of a fresh approach to both logic and civilization that should enhance, rather than diminish, the capacity of the human mind to embrace morality and the complexities of moral issues to a degree and in a way arguably never before broached in the history of serious theoretical, or philosophical, endeavour. Every light of faith is dogged by a shadow of doubt, and it would be strange to the point of absurd if that were not the case with John O'Loughlin, even here in what should be a definitive account of his philosophical evolution. But such a shadow is actually complementary to the light and in no way a hindrance to the faith but, rather, a means of questioning and modifying one's approach to it so that the end-product, if end-product there be, will serve to enhance one's concept of truth and make one's faith in it all the more justifiably credible.– A Centretruths editorial